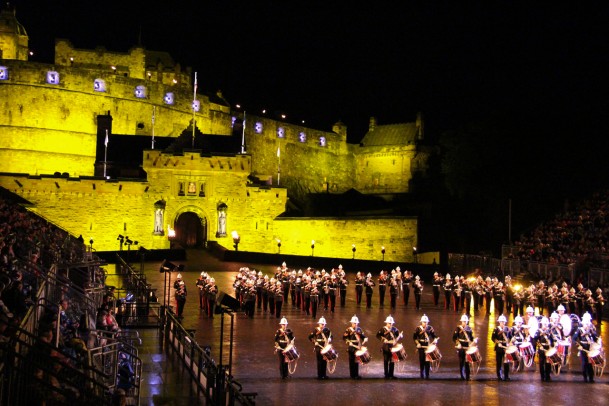 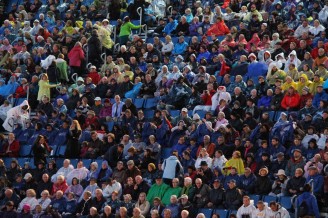 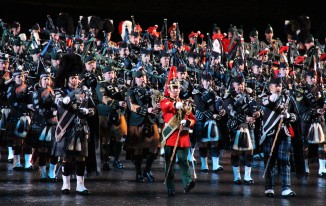 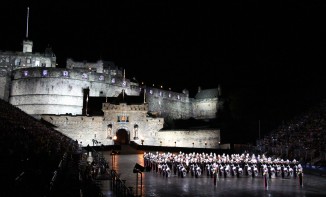 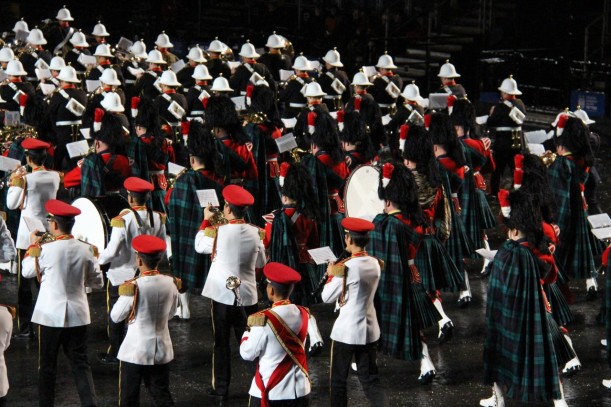 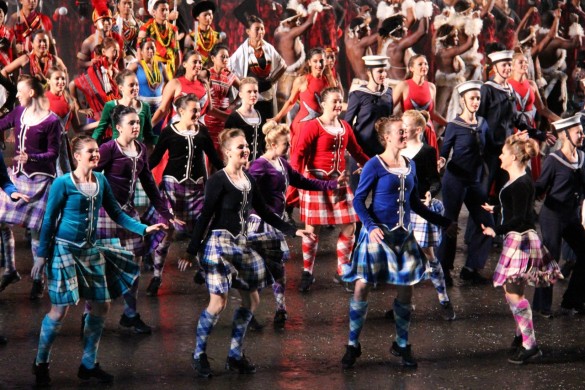 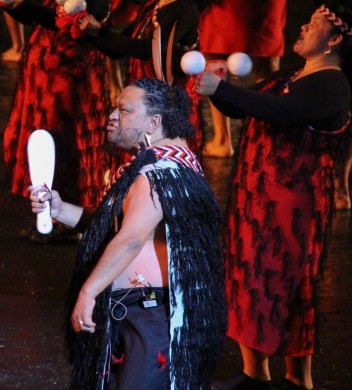 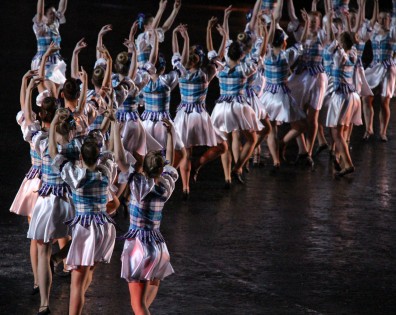 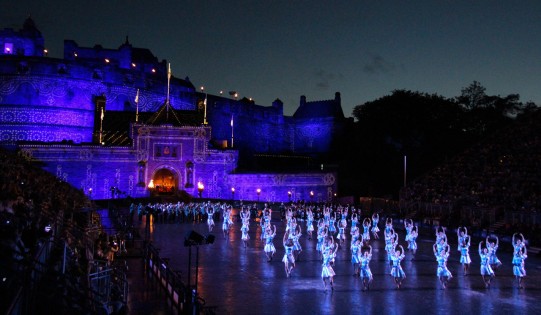 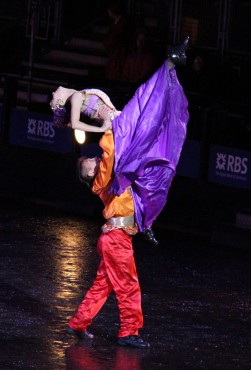 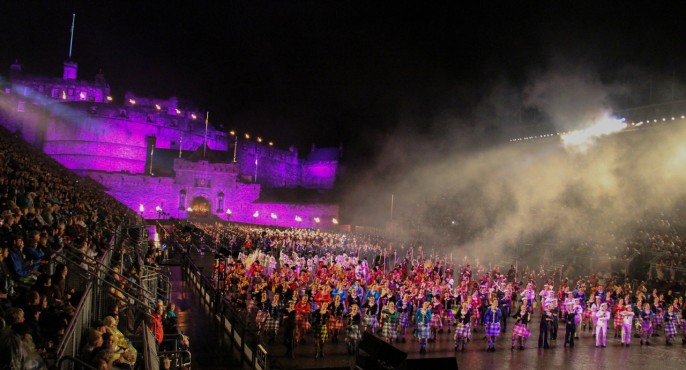 The Royal Edinburgh Military Tattoo takes place annually throughout August on the esplanade of Edinburgh Castle. Performers are the British Armed Forces as well as International military bands.
Over eight thousand spectators are watching the event from the new grandstand. To this day it has never been canceled due to inclement weather.